Why were the new standards introduced? History of Lease Accounting

We'll first start with the basics, what is a lease?

Wikipedia describes a lease as the following:

"A lease is a contractual arrangement calling for the lessee to pay the lessor for use of an asset. Property, buildings and vehicles are common assets that are leased. Industrial or business equipment is also leased."

Now you've got a general idea of what type of financial transaction a lease is. The next step is how do the applicable accounting standards define a lease. We'll now go through the definitions of the two lease accounting standards that have been replaced or about to be replaced, depending on the company's financial reporting requirements:

IAS 17 - applicable to all countries except the United States of America. The IAS 17 definition of a lease is:

A lease is an agreement whereby the lessor conveys to the lessee in return for a payment or series of payments the right to use an asset for an agreed period of time.

ASC 840 - applicable to US companies with financial reporting obligations. The ASC 840 definition of a lease is:

An agreement conveying the right to use property, plant and equipment (land and/or depreciable assets) usually for a stated period of time.

Both definitions are relatively similar for identifying a lease accounting transaction. As noted in the Wikipedia definition, in each leasing transaction, you have two parties. The lessor, the owner of the leased asset and the lessee, the party that pays consideration for the right to use the asset.

So that leaves us with lessee accounting. The changes made have resulted in a fundamental shift in accounting for a lease and how a lease is reflected in a company's financial statements.

As you might be aware, under the previous standard, the lessee has to classify each lease into one of the two categories available:

The first type of lease classification we'll cover is finance and capital leases.

A lease is classified as a finance lease under IAS 17 if it meets the following definition:

"A lease that transfers substantially all the risks and rewards incidental to ownership of an asset. The title may or may not eventually be transferred."

Under US GAAP, a lease would be classified as a capital lease under ASC 840 when:

"A lessee shall consider whether a lease meets any of the following four criteria as part of classifying the lease at inception:

Both definitions infer the same principle that the lessee assumes the risks and rewards of the leased asset.

In other words, the lessee would have to recognize the lease on their balance sheet by calculating the present value of the future lease payments, which provides the foundation for the liability and asset amount. Both of these balances would be unwound/ amortized to zero by the end of the lease term.

"An operating lease is a lease other than a finance/capital lease."

"Lease payments under an operating lease shall be recognized as an expense on a straight-line basis over the lease term unless another systematic basis is more representative of the time pattern of the user's benefit."

As a result, many lease arrangements were classified as operating leases, under which lessees would not recognize lease assets or liabilities on their balance sheet. Instead, a lessee would recognize lease payments as expenses on a straight-line basis over the lease term. Accountants worldwide would cheer when their lease did not meet the definition of a finance/capital lease due to the time required to comply with the standard was far less.

Why were the new lease accounting standards introduced?

Let's start with Sir David Tweedie, the previous chairman of the International Accounting Standard Board. He once said, "One of my great ambitions, before I die, is to fly in an aircraft that is on an airline's balance sheet." 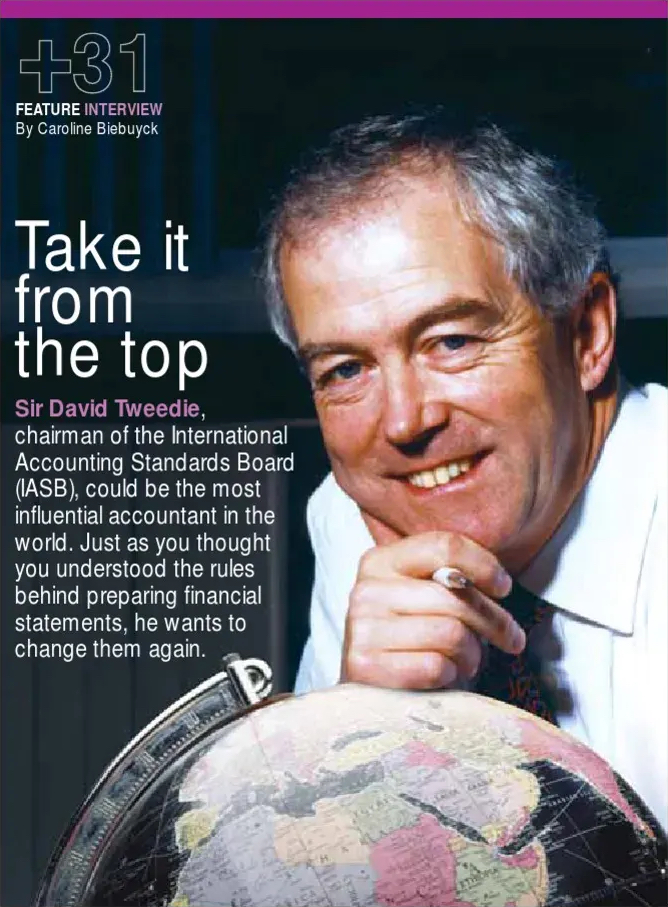 As you will recall, an operating lease under the previous standard is expensed to the income statement. Tweedie and the standard setters believed that a set of financial statements was not truly reflective of the company's business under the previous lease accounting standards. You could have an airline that literally cannot function without aircraft not recording any assets on their balance sheet.

The previous leasing guidance was often criticized for not providing the users of financial statements enough detail to understand a company's leasing activities. For example, the former lease standards did not provide any clarity of the costs of underlying assets to a company's operations and how those costs were funded. Users frequently analyzed information regarding a company's lease-related disclosures to compare the performance with other companies. When doing this, users commonly found the information was not adequate to understand the company's lease portfolio and associated costs. Users and regulators frequently called for changes to the accounting requirements that would require lessees to recognize assets and liabilities associated with leases.

Another driver for the change was the lease accounting principles under the previous standard were not consistent. With an operating lease, even though there was a present obligation no different to that of a finance/capital lease, no liability was recognized. Regardless of the classification, the lessee still has the obligation concerning the future lease payments, yet one classification recognizes a lease liability, and the other does not. This has changed under the new lease accounting standard.

So now all leases, minus a few exceptions, come on the balance sheet. IAS 17 is replaced by IFRS 16. IFRS 16 removes the lease classification model between operating and finance as all lessee leases accounted for the same way. ASC 840 is replaced by ASC 842 and unlike IFRS 16 keeps the lease classification however decides to copy IFRS and now call a capital lease a finance lease. The difference to ASC 840 is all operating leases come on the balance sheet.